What I Learnt From Michelle Obama 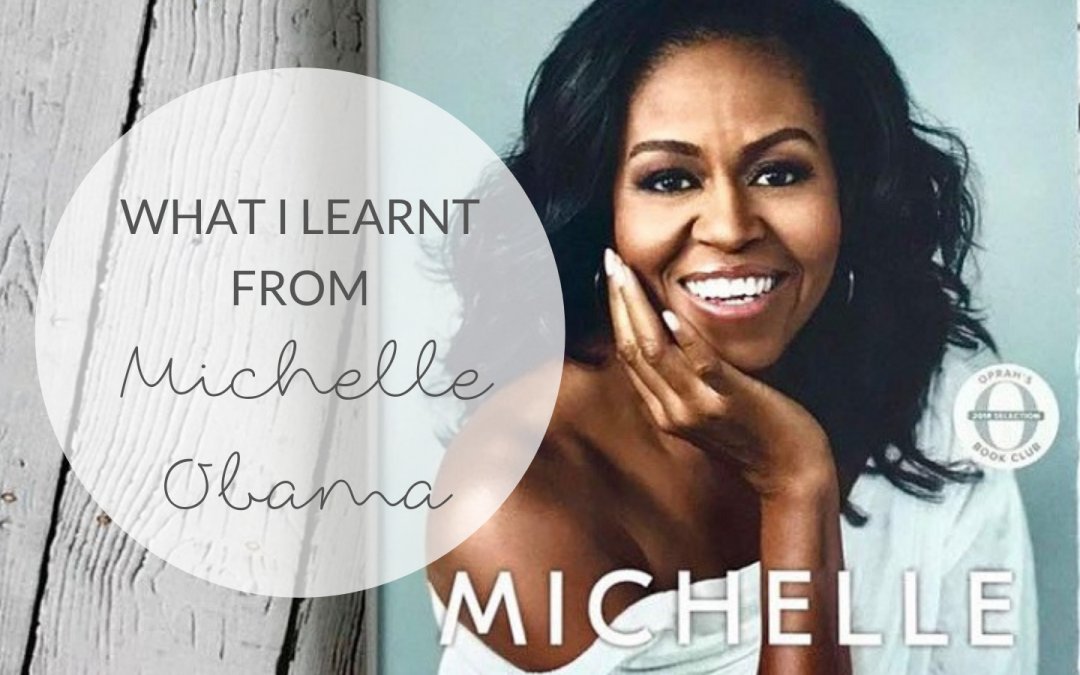 The other night I had the great honour and privilege of being part of an audience of 15,000 people watching Michelle Obama in conversation with the hilarious and big-hearted Stephen Colbert, for her ‘Belonging’ book tour.

Here are the four things that I learned (distilled by speaking into my phone on my way to the train home – this is a really great way to write content by the way!).

1 ~ We are Planting Seeds

The seeds of change that we’re planting may take a long time to grow fruit. We might not even see the fruit in this lifetime.

Michelle spoke of Nelson Mandela, of Martin Luther King, of the brilliant women and men who devoted their lives to the civil rights movement – they were planting seeds of freedom for the generations to come.

When I was the Communications Director at TreeSisters, we knew that the millions of trees we were planting in the tropics wouldn’t start to mitigate climate change for many years, but we planted the seeds anyway – for our children’s children to benefit from.

Lesson: plant seeds of change, and trust the fruits will come in their own time.

Michelle told the story of her breach of etiquette when she first visited the Queen of England with such brilliant humour.

In a moment of genuine connection, Michelle reached out and put her hand on the Queen’s back. Someone took a photo of this deviation from protocol, and the next day it was plastered all over the international media: “The Queen and Mrs Obama – Breach of Etiquette”.

That could have been a disaster, but Michelle told a story with such laughter, joy and light-hearted humanity, I could see that because of her sense of humour, neither the inner or the outer critics could really get a look in!

Lesson: when you face criticism, disarm it with humour.

3 ~ We Need Dads to Respect and Encourage their Daughters

We talk a lot about the importance of great female role models for young women in our lives.

Michelle highlighted the importance of her father’s life-long attitude of respect towards her, and how it had made her the woman she is today.

From a very young age, he treated her as an equal; inviting her into conversation and dialogue about all kinds of topics, encouraging her to do all the same activities as her brother, and to believe in herself and her potential.

As a result, Michelle is a woman who is truly comfortable in her own skin – and look at what she’s been able to create from that place!

Lesson: Dads, respect and listen to your daughters so that they believe in themselves.

4 ~ The Antidote to Fear is to Get to Work

Yes we live in incredibly tumultuous times, there is much cause for fear and concern, where ever we look.

Stephen asked Michelle how she and Barack manage their own fear in the face of the news each morning, and she shared that they simply get on and do the work. They devote themselves to the work that is theirs to do and trust it is creating change.

Lesson: when you feel fear or hopelessness in the face of the news, focus your attention and action on the causes that you feel most passionate about.

How to make marketing joyful, easy and wildly effective

A FREE online workshop exploring 8 simple, soulful practices for visionary women who want a thriving business, a devoted audience and a powerful impact in the world.
Register Now for Instant Access.